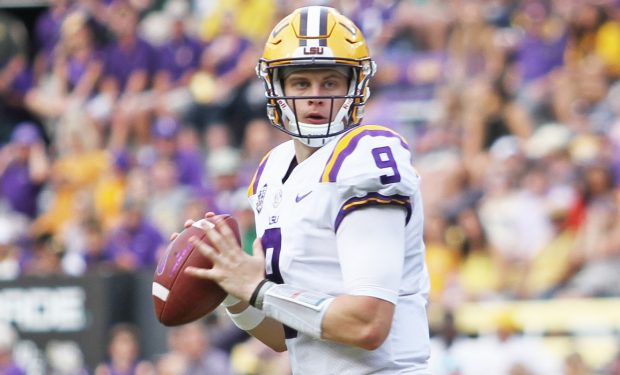 LSU quarterback Joe Burrow has a good chance of winning the Heisman Trophy this year. He’s one of four finalists (including Oklahoma QB Jalen Hurts, Georgia QB Justin Fields, and Ohio State defensive end Chase Young) — and 16 quarterbacks have won the trophy since 2000.

Before becoming the starting quarterback for the LSU Tigers, Burrow was backup quarterback at Ohio State (2015-2017), when and where he met his gorgeous girlfriend Olivia Holzmacher. The gorgeous Data Analytics major sends serious Baywatch vibes in the red bathing suit photo above.

The Heisman Trophy Ceremony will broadcast live from New York on Saturday, December 14 at 8 pm on ESPN. [NOTE: Get the ESPN digital app and watch any show. It’s free to download.]