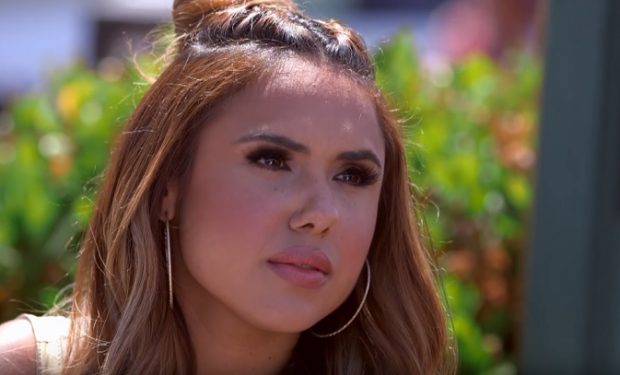 The light shines bright on Romeo Miller (son of Master P) and Angela Simmons (daughter of Rev Run) on Season 5 of Growing Up Hip Hop. Once again, their friendship is tested and they only have each other to blame for the confusion. Growing Up Hip Hop fans are hoping that Kristinia DeBarge (daughter of James DeBarge) will return for Season 5, but she might be too busy working on her new album.

It’s been ten years since Kristinia released her “Exposed” album (see link on left) which features her hit single, “Somebody,” among others.

Kristinia DeBarge has been teasing her fans with her new music and with a new sexy look. She captioned the photos above: “Can you guess what the name of my album is??” P.S. It’s called Back in the Day.

Growing Up Hip Hop airs Thursdays at 9 pm on WE. [WE TV Digital App found here. Download is FREE.]