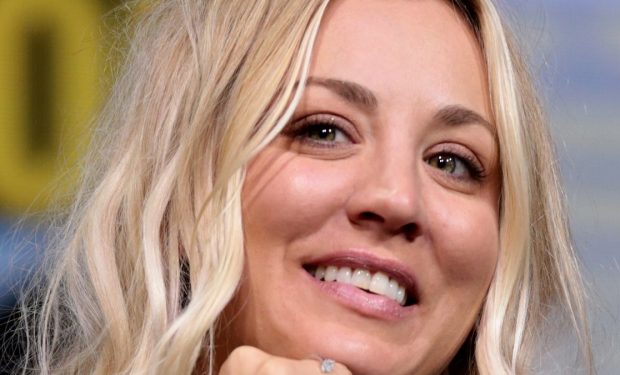 The Big Bang Theory star Kaley Cuoco turned 34 this week and on camera! The gorgeous blond celebrated her big day while shooting her final scene in Bangkok, Thailand for the forthcoming thriller HBO Max series The Flight Attendant based on Chris Bohjalian‘s novel of the same title.

Cuoco plays flight attendant Cassie Bowden, a “self-destructive alcoholic” who, after a layover in Dubai, wakes up in a hotel room with a dead body lying next to her. She pretends like nothing happened, gets on a flight to New York City, and there is forced to answer questions from the FBI.

Library Journal compares Cassie to the “imperfect heroine” in the murder mystery, The Girl on the Train. That became a major motion picture, as they say.

While in Thailand, Cuoco shared a photo of her lying on a bed with co-star, Oscar-nominee Rosie Perez (Fearless, Do The Right Thing, White Men Can’t Jump). Perez plays fellow flight attendant Megan. As one fan wrote: “Two Icons.”

Cuoco’s two-year-old company, Yes, Norman Productions, optioned the rights to the story. (Norman is the name of Cuoco’s dog.)