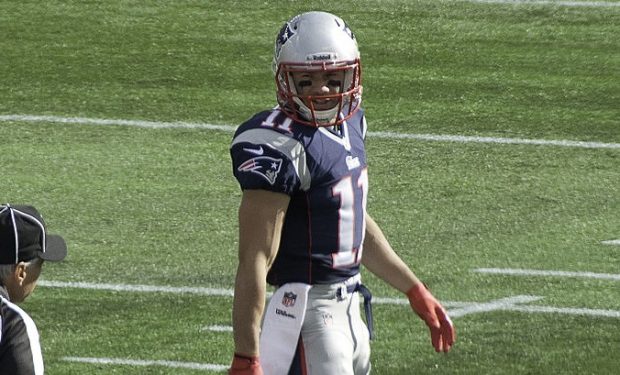 Julian Edelman is the 33-year-old bearded wide receiver for the New England Patriots who has won three Super Bowls (he’s played in four) with quarterback Tom Brady. The Super Bowl MVP for Super Bowl LIII played three seasons at Kent State before picked by the Patriots in the 2009 NFL Draft.

When not on the field, Edelman runs his own clothing brand, JE11, which Edelman himself is often modeling. In the photo above, he’s wearing a black JE11 hat (and Nike short sleeve hoodie) and wrote: “Hitchin a steed down south on business.”

Edelman (and his teammates) are traveling to Texas to play against the Houston Texans — the first time since 2015. One fan in the comments points out Edelman’s sartorial choices, writing: “outfit on fleek.”