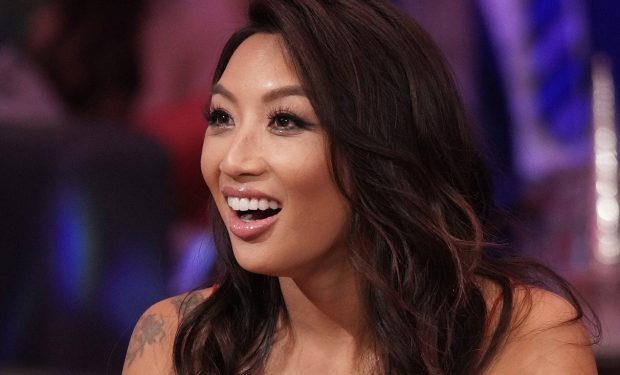 Guests include The Masked Singer star Kelly Osbourne and Emmy Award-winning The Real host Jeannie Mai, among others.

When not on TV, Mai is often in front of a camera — as seen in the photo above. If that outfit (by Danny Nguyen) looks familiar to you, you probably saw Jennifer Lopez wearing a similar outfit when she received the Fashion Icon Award at the 2019 Council of Fashion Designers of America (CFDA) Awards. JLo’s orange cropped jersey top (which was hand-embellished with 43,2000 crystals!) was a custom look designed by Ralph Lauren.

Apparently, neither JLo nor Lauren can claim ownership of the silhouette. JLo fans of Indian descent helpfully pointed out that the outfit is called a lehenga, a long skirt worn by women in South Asia that’s often embroidered with beads, shisha mirrors, or other ornaments. (Note: Mai is of Chinese and Vietnamese descent.)