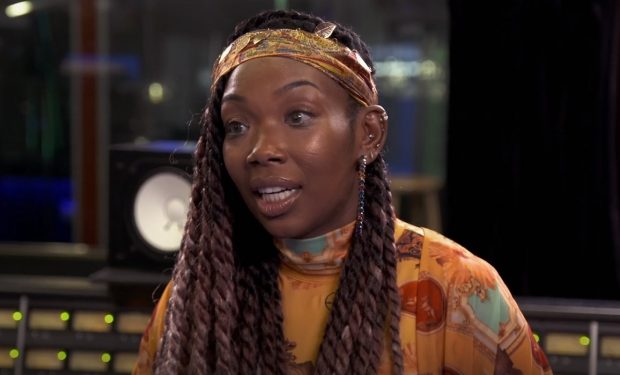 On the Love & Hip Hop: Hollywood episode “Unbothered,” while Lyrica Anderson finally makes a decision about her marriage with A1 Bentley and Moniece Slaughter seeks treatment for her depression, Ray J and Immature take the stage.

The original members of the popular 90s R&B boy band Immature (aka IMx) are Marques “Batman” Houston, Kelton “LDB” Kessee, and Jerome “Romeo” Jones. In September 2019, Immature announced their #TBTour with Ray J as a special guest. Ray J and his sister Brandy used to sing backup for Immature.

While promoting the tour on the Nick Cannon Mornings radio show on Power 106 FM, Romeo from Immature confirmed how Ray J’s sister Brandy “made him blind in one eye.”

In the video above, Romeo explains how she threw a book behind her, not knowing how close he was behind her and “Cut my retina, detached it.”

Romeo proceeds to tell Cannon how his eye “actually fell out.” He had to have three eye surgeries and often wore an eye patch. In the LHHH clip below, Brandy says “it was like a Jehovah’s Witness book with a sharp corner.”

Romeo looks handsome with the eye patch and without!