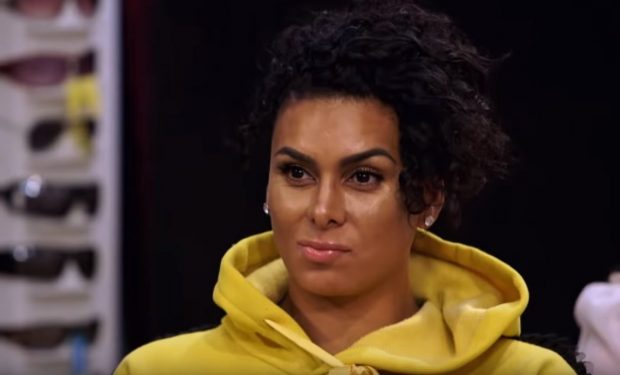 Former Basketball Wives star Laura Govan is one of the celebrities trying to figure things out on Season 13 of Marriage Boot Camp: Reality Stars Family Edition. She’s in the Beverly Hills group therapy mansion with her parents.

When not on reality TV, Govan, the mother of four children with former NBA basketball player Gilbert Arenas, is striking a pose. Wearing a mini-mini “butterfly effect” dress by designer Drenusha Xharra, she recently posed on the platform of a New York City subway station.

Govan captioned it: “Ur Powerless Next To MY Power … 💅🏽 I’ll Always Take The Hi-Road, & Let God Handel U” and used the hashtag #NextStopPlease.

Many of Govan’s celebrity friends are dropping fire emojis in the comments. When actor/rapper Miles B. aka Siir Brock from Love and Hip Hop Hollywood, wrote: “What are you up to? 🤷🏽‍♂️ Why you killing our timelines like this?”, many fans chimed in with comments like “my exact reaction” and “I was thinking the same thing!”