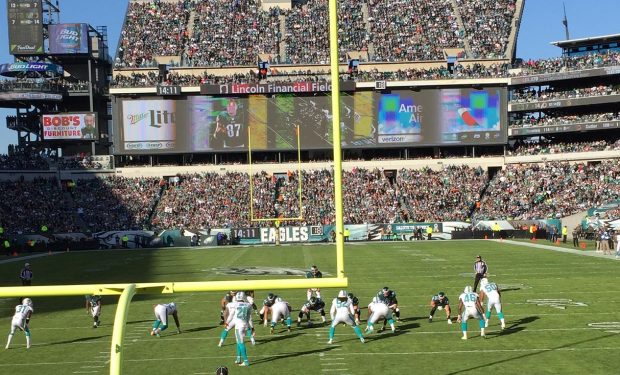 Alex Singleton is the 6’2”, 240 lb. linebacker playing with the Philadelphia Eagles. He played college football at Montana State before he signed as an undrafted free agent with the Seattle Seahawks after the 2015 NFL Draft.

Before signing with the Eagles in January 2019, Singleton was drafted by the Calgary Stampeders in the 2016 CFL Draft and was named the CFL’s Most Outstanding Defensive Player in 2017. (Singleton’s mother was born in Toronto so he qualified for dual citizenship.)

When not on the field, Singleton spends time with his gorgeous girlfriend Meagan Peters, the 2017 Calgary Stampede Queen.

The New York Giants (2-10) vs Philadelphia Eagles (5-7) game will broadcast live from Lincoln Financial Field on Monday, December 9 at 8 pm on ESPN.