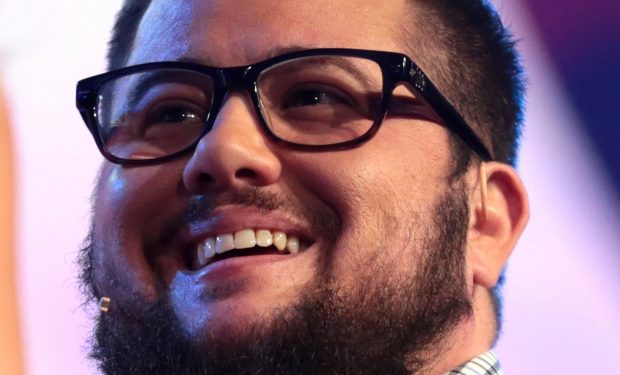 While the police try to track down the woman who tried to take Jack from school, Jack’s father, Hollywood action movie star Sam Austin (Jon Prescott), pulls his son out of school and hires Casey to tutor the 10-year-old at home. But that doesn’t stop the kidnappers from trying to snatch Jack from home. “The Hunter” is portrayed by Chaz Bono. Bono wrote about the experience: “I Love that I get paid to act like an absolute lunatic!”

When not filming a TV or movie, the child of legendary singers Cher and the late Sonny Bono, spends time with his growing family of Sphynx hairless cats. Bono has named the cats after favorite TV show Schitt’s Creek.

As Bono wrote: the two below are “stinking cute together.”