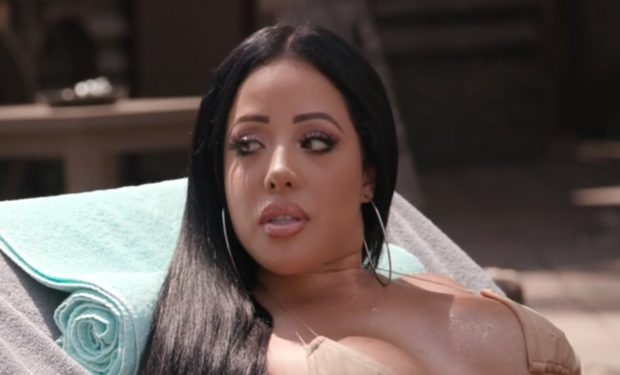 On the season finale of Cartel Crew, “Leave the Nightlife Behind/This Isn’t Over,” while Marie Ramirez-D’Ariano announces that she’s going to launch her own lipstick line, and tension between Stephanie Acevedo and Betty Idol reaches an all-time high, party girl Nicole Zavala decides it’s time to give up the nightlife… but not without a big farewell party!

The day before the season finale, Nicole shared photos and videos of her partying it up in a crazy two-piece black lace bodysuit that emphasizes all her curves and her signature snatched waist and wrote: “Big drip he fell in love with a lit bitch.”

Nicole’s quote is from the song “Big Drip” by Fivio Foreign, the Brooklyn rapper who just signed a seven-figure deal with Columbia Records!