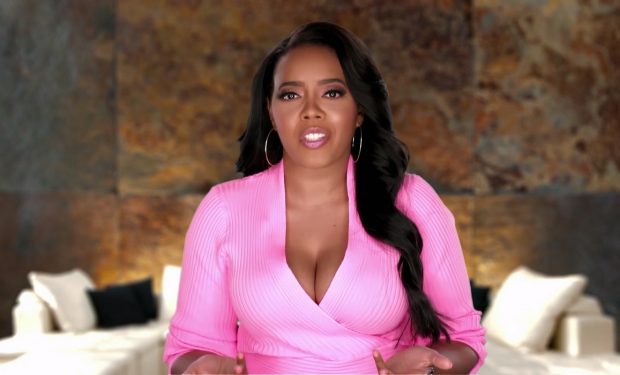 In the Growing Up Hip Hop episode “Fireworks, Boom!” the tension between Angela Simmons and Romeo Miller comes to a head and sends shockwaves through Romeo’s going away party (he’s leaving LA to head to New Zealand where he hosts MTV’s Ex on the Beach: Peak of Love).

Angela’s brother JoJo Simmons has said that Romeo doesn’t approve of the sexy seductive photos she’s been posting on Instagram (even though Romeo often posts shirtless photos of himself).

So what does Angela do? She posts the seductive lingerie pics above.

As one fan wrote: “Romeo not gonna like this.” Another chimed in, “Romeo def doesn’t like this. U getting a bible verse in the morning.” Growing Up Hip Hop airs Thursdays at 9 pm on WEtv. [WE TV Digital App found here. Download is FREE.]