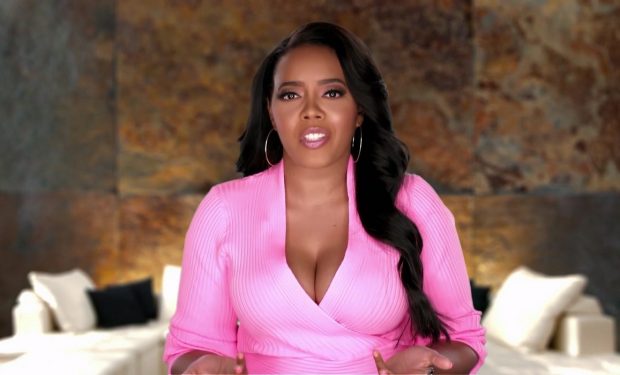 Growing Up Hip Hop star Angela Simmons just dropped an Instagram pic where she looks — as more than one fan points out — like a “Superhero.” And Simmons reminds us that superheroes are funky bad-ass cats, and sometimes they are high-heeled fringe-boot-wearing bad-ass cats — ready for anything. At least that’s what Angela Simmons looks like here.

And those boots! Babe, those are Phillipp Plein originals and dayum, as they say. As pal and fan Charisse Mills says to Simmons: “Love those boots babe. You murdered this look” — and that’s after enough fire emojis to set off major alarms.

Another fan says simply, “Breathtaking.” And that fan could be talking about the look or, you know, the snatched waist corset — because that is tight enough to make breathing something you think about!

You want one? You gotta check out Toure Designs. The Season 5 premiere of Growing Up Hip Hop airs Thursday, December 5 at 9 pm on WE. [WE TV Digital App found here. Download is FREE.]

Need a corset though? Nah…