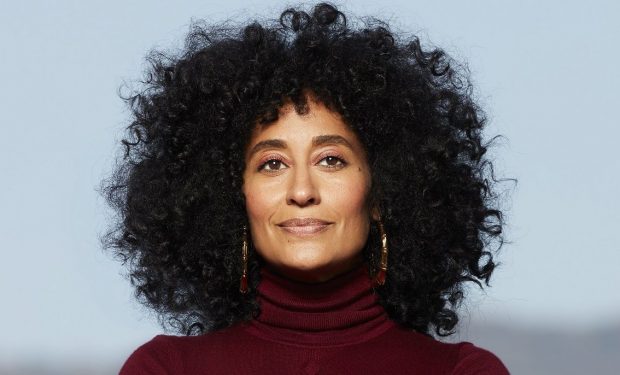 In the black-ish episode “University of Dre,” while Dre (Anthony Anderson) takes Junior (Marcus Scribner) under his wing to figure out his son’s next career move, Bow (Tracee Ellis Ross) Rainbow encourages Diane (Marsai Martin) to have a slumber party at their house.

When not filming black-ish, Ross is living her best life and often in a string bikini. While on vacation in Cabo, Ross made the video above while wearing a tiny, sparkly pink string bikini.

Standing in a swimming pool, before taking the first dip, Ross promotes the hair product she uses and then submerges herself in the water.

Several celebrities have left comments including singer Lizzo who wrote: “No invite” with a pensive face emoji.

Romeo Miller, son of Master P who stars on Growing Up Hip Hop Atlanta, wrote: “Lmao, thanks 4 the laughs this morning @traceeellisross “the first dip”.

Last month, when Ross turned 47, she celebrated with the stunning series of string bikinis photos below…

Black-ish airs Tuesdays at 9:30 pm on ABC, right before its spin-off mixed-ish at 9 pm, and right before Emergence at 10 pm. [BONUS: Stream any ABC show through the ABC GO Digital App found here. Download is FREE.]