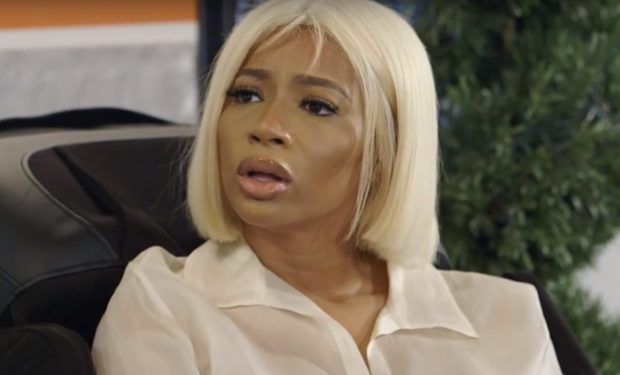 Love & Hip Hop: Atlanta star Tommie Lee announced earlier this year that she’s not returning to the reality show after season 7. In May, People reported that Tommie Lee pleaded guilty to a number of legal charges but that no time will be spent in prison.

In October, Lee posed on a boat, squatting in a string bikini by Fendi and silver sneakers by Nicki Minaj via Fendi. She captioned the posed photos: “They ain’t Neva seen me fold under pressure…”

Nicki Minaj replied: “Caught a body with the sneakers to match. I’m wearing the bathing suit later 😩. Y’all been shuttin it down. Thx 4 the support mama.”