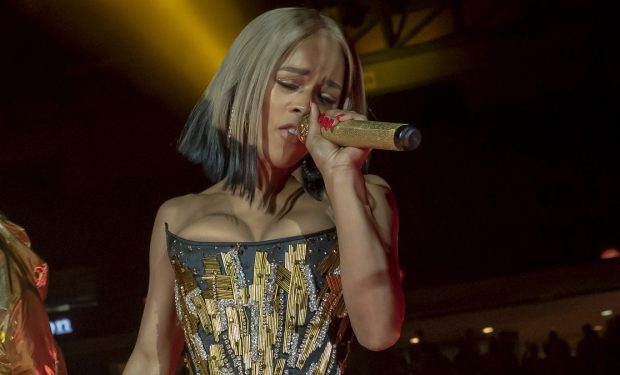 On the Empire episode “Do You Remember Me,” while Lucious (Terrence Howard) spends the day in the city with young Yana (Kiandra Richardson), Cookie (Taraji P. Henson) re-discovers Melody Barnes (Alexandra Grey), an artist who Lucious dismissed years ago.

When she posted the video above, of her bopping around in a metallic mesh leopard-print bra and matching short shorts, she captioned it: “It’s the Gemini in me 😈.” Serayah’s Empire co-star Vivicia A. Fox wrote: “OK HAWTPIECE!!”

P.S. Serayah is dancing to the song “Woah” by Lil Baby. And that Savage X Fenty leopard-print is also available in a cami and thong bodysuit!

Empire airs Tuesdays at 9 pm on FOX, right after the medical drama The Resident at 8 pm.