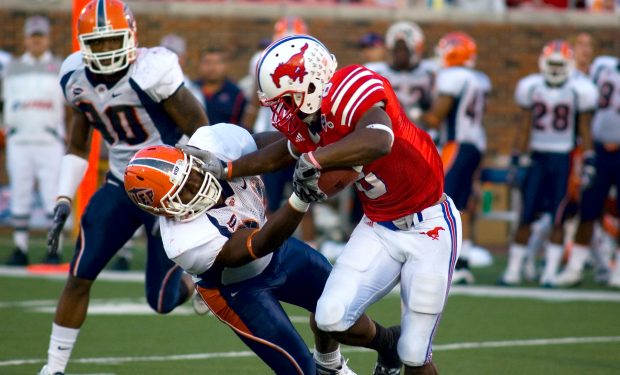 Shane Buechele is the starting quarterback for the Southern Methodist University Mustangs football team. After four years with the Texas Longhorns, he transferred to SMU in Spring 2019, replacing Ben Hicks who transferred to Arkansas.

When not on the field, Buechele spends time with his gorgeous girlfriend Paige Lorenn, who was a cheerleader at the University of Texas during Buchele’s four years there, and yes she looks amazing in bikinis!