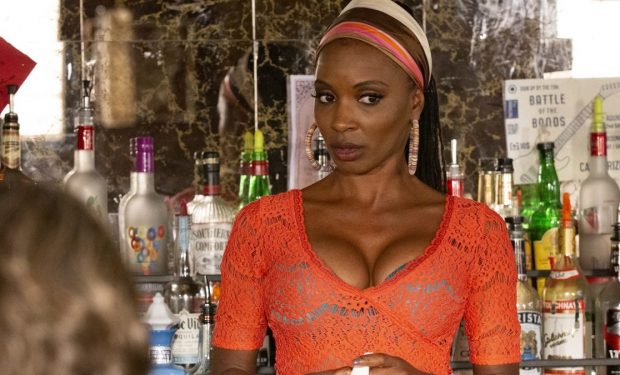 In the Shameless episode “Which America?”, Frank (William H. Macy) revels in his new position in the Gallagher house. Lip (Jeremy Allen White) looks for support as the pressures of fatherhood take their toll. Ian (Cameron Monaghan) and Mickey (Noel Fisher) make a decision about their future. Veronica Fisher is portrayed by Shanola Hampton.

When not filming Shameless, the 42-year-old mother of two Hampton enjoys her downtime at the beach and often in bikinis! She added the hashtag #magical to the one below, and we couldn’t agree more!

Shameless airs Sundays at 9 pm on Showtime, right after Ray Donovan at 8 pm.