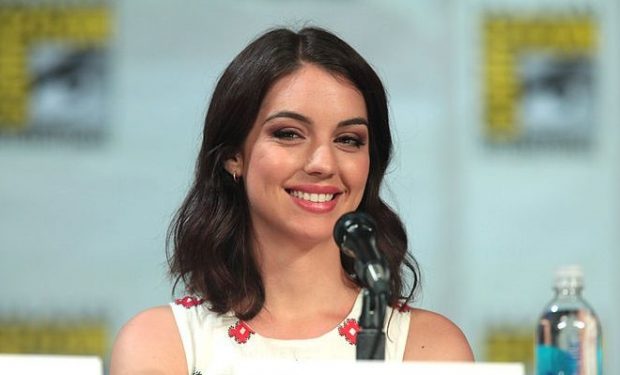 On the SEAL Team episode “The Ones You Can’t See”, as Jason Hayes (David Boreanaz) contemplates surgery for an injury which could put his career in jeopardy, Bravo Team is on a mission abroad (in Paris) to help the secret service prevent a sniper attack on U.S. dignitaries.

Rebecca Bowen — who will also appear in the November 27 episode “Danger Crossing” — is portrayed by Adelaide Kane.

Americans will recognize the 29-year-old Australian-born actress Adelaide Kane from her roles on Once Upon a Time (Drizella aka Ivy Belfrey), Reign (Mary, Queen of Scots), and Teen Wolf (Cora Hale), among others.

In September, Kane went to celebrity Los Angeles tattoo artist Dr. Woo, who is known for his intricate single needle, pencil-fine style, and got what looks like a long key penned on the side of her torso. Other celebrity clients of Dr. Woo include Miley Cyrus, Drake, Kelly Osbourne, Zoe Kravitz, Cara Delevinge, and Frances Bean Cobain, among others.

SEAL Team airs Wednesdays at 9 pm on CBS, right after Survivor at 8 pm, and right before S.W.A.T. at 10 pm. [NOTE: Stream S.W.A.T. or any CBS show through Amazon Prime or CBS ALL-ACCESS with free trials.]