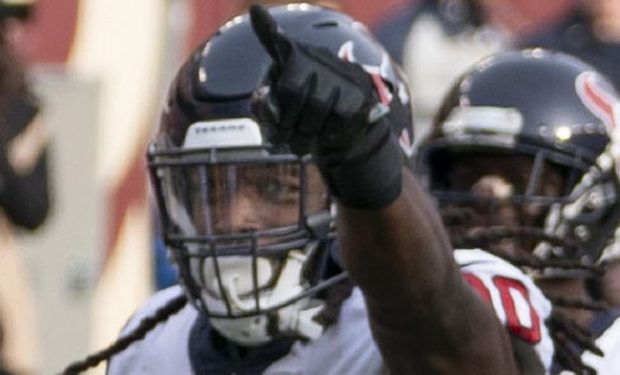 Jadeveon Clowney is the 26-year-old NFL defensive end playing for the Seattle Seahawks. He played college football at South Carolina before he was drafted first overall by the Houston Texans in the 2014 NFL Draft. The Texans traded Clowney to the Seahawks on August 31, 2019.

When not on the field, the 6’5″, 255 lb. three-time Pro Bowl player spends time with his gorgeous girlfriend, makeup artist Najah Ré, who looks amazing in a bikini! She is the mother of Clowney’s 4-year-old son, Jahlil Zair Clowney.

The Seattle Seahawks (7-2) vs. San Francisco 49ers (8-0) game will broadcast live from Levi’s Stadium on Monday, November 11 at 8 pm on ESPN. [NOTE: Get the ESPN digital app and watch any show. It’s free to download.]