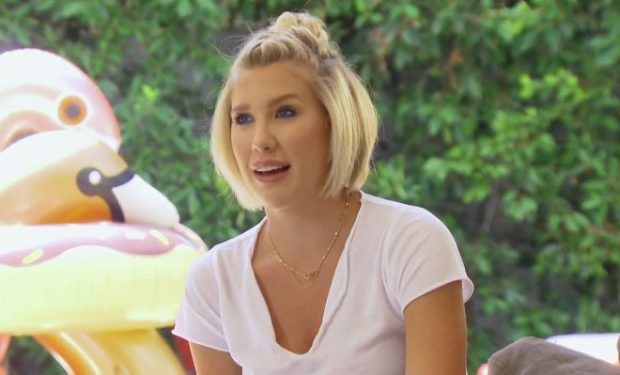 On the Chrisley Knows Best episode “Three Men and a Chloe,” while Chase Chrisley plays babysitter back at home, his father Todd Chrisley shares a hotel room with Savannah‘s fiancee Nic Kerdiles in an effort to bond.

After filming this season of Chrisley Knows Best, fashion-forward Savannah got a super short hair cut — her hair is buzzed on the sides like a mini mohawk. Some of her fans love the new look, some don’t.

When she posted the new look she quoted Rihanna: “There’s something so special about a woman who dominates in a man’s world. It takes a certain grace, strength, intelligence, fearlessness, and the nerve to never take no for an answer.” She captioned the second photo above: “Just so the haters can take another look.”

Nic admits that with the short hair, Savannah looks a little more like her father Todd. But he added: “She’s one strong woman, she’s brave, she’s courageous. She did this for a lot of reasons and I’m really proud of her.”