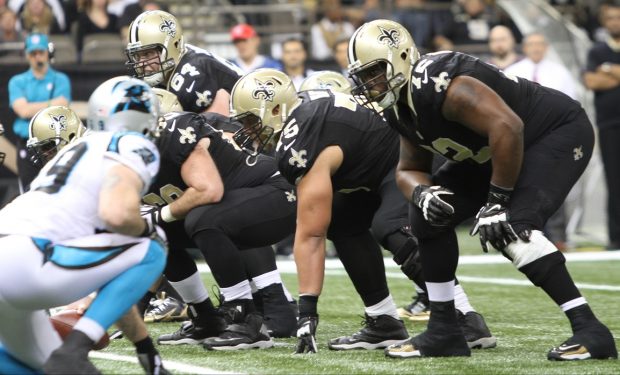 Wil Lutz is the 25-year-old NFL placekicker playing with the New Orleans Saints. The 5’11” Georgia native played college football at Georgia State before he signed with the Saints in September 2016. After having a standout 2018 season (he played in all 16 regular season games and nailed 28 out of 30 field goal attempts), he signed a five-year contract extension with the Saints in March 2019.

When not on the field, Lutz spends time with his gorgeous fiancee, Megan Fox. Lutz proposed in May.

Fox is not only a ICU nurse but she also works as an indoor cycling instructor (she leads a Hip Hop workout on Friday nights!), and as a bounce instructor! In other words, she’s a serious athlete.

Swipe the photos below to see more of Megan in the white keyhole bikini!

The New Orleans Saints vs Atlanta Falcons game will broadcast from Mercedes-Benz Stadium on Thanksgiving Day at 8:15 pm on NBC.