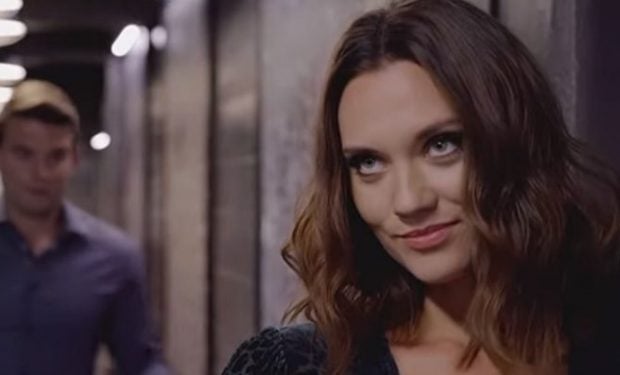 On the S.W.A.T. episode “Lion’s Den”, the SWAT team finds itself negotiating with a family who took a local LAPD officer hostage when they were evicted from their home. On a lighter note, Commander Hicks’ (Patrick St. Esprit) daughter, pro bono attorney Molly Hicks reappears, and yes, she still has the hots for Street (Alex Russell).

Molly Hicks is portrayed by 5’11” model/actress Laura James. Prior to launching her acting career in 2014, James won America’s Next Top Model in 2012 (Cycle 19). She is the daughter of Dynasty actor John James and Australian model Denise Coward, who competed in Miss World 1978.

S.W.A.T. airs Wednesdays at 10 pm on CBS, right after SEAL Team at 9 pm, and Survivor at 8 pm. [NOTE: Stream S.W.A.T. or any CBS show through Amazon Prime or CBS ALL-ACCESS with free trials.]