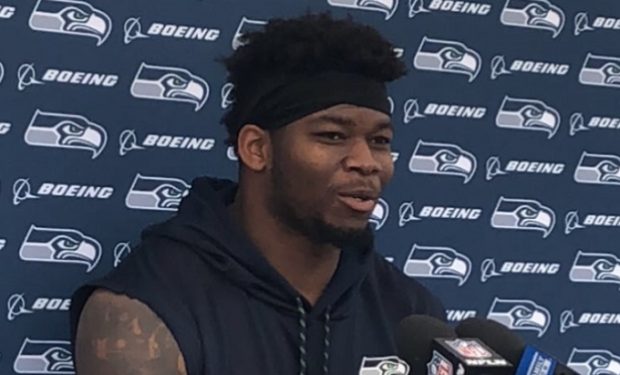 Rashaad Penny is the 23-year-old NFL running back playing with the Seattle Seahawks. The Heisman Trophy contender played four years of college football with the San Diego State University Aztecs before he was selected by the Seahawks in the 2018 NFL Draft.

When not on the field, Penny spends time with his gorgeous girlfriend Deja Sabine Harris. The 6’2″ professional volleyball player looks amazing in bikinis — with her man, and with her athletic friends! Harris played volleyball at San Diego State University too — that’s where they met!

The Seattle Seahawks (7-2) vs. San Francisco 49ers (8-0) game will broadcast live from Levi’s Stadium on Monday, November 11 at 8 pm on ESPN. [NOTE: Get the ESPN digital app and watch any show. It’s free to download.]