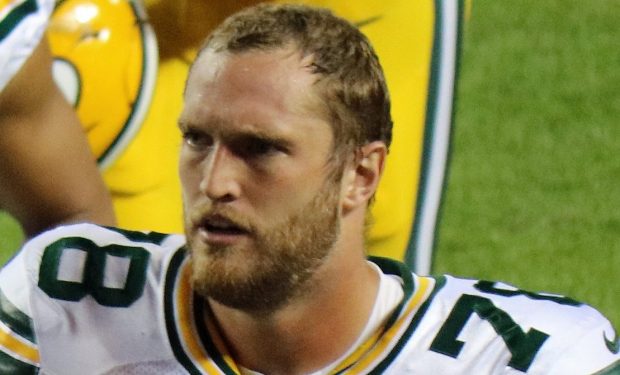 Jason Spriggs is the 6’6”, 301 lb. NFL offensive tackle playing with the Green Bay Packers. He played college football with the Indiana Hoosiers for four years (was named a team captain his senior year) before the Packers selected him in the 2016 NFL Draft. He signed a four-year contract reportedly worth $5 million.

When not on the field (CBS Sports reports that he’s on the injured reserve list for the rest of the season), Spriggs spends time with his gorgeous wife of one year, Brianna Spriggs, who looks amazing in these bikini pics.

Spriggs sounds terrifically happy as she thanks her family and husband for all the love. And she looks it too!