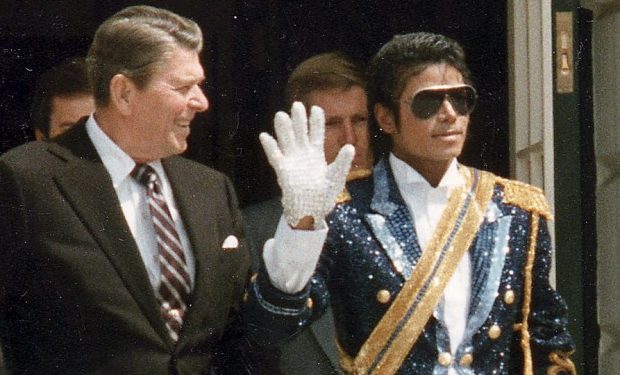 King of Pop is starting to sound like a nickname, however grand, that still doesn’t cover the influence of the late, great Michael Jackson. Some celebrities and artists begin to fade in memory once they pass, but others enter a special pantheon of American cultural icons.

Hip hop artist and impresario P Diddy — who knows something about musical and cultural influences — just shared this Michael Jackson pic with his 9-million-plus fans on Instagram.

Jackson probably never looked more beautiful and on top of his game, or more happy, than at this particular moment. As Ugo Mozie replies “The One and Only” — that about covers it.

More than the King of Pop, Michael Jackson is maybe also King of that special pantheon of American cultural celeb entertainers, sitting there with Elvis and Marilyn Monroe. (It’s bigger even than Biggie and Tupac and James Dean and Aretha — it’s the monster bigness.)

Diddy knows that for sure. He didn’t even comment on the pic, just shared it out. Though it isn’t like he forgets Smalls: