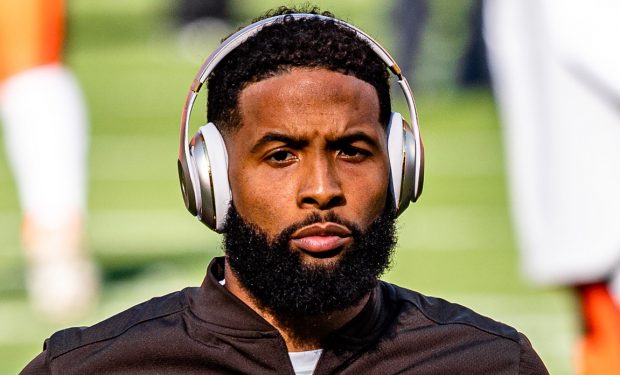 Odell Beckham Jr. plays with a chip on his shoulder, and that’s good for his game. No less a role model than Michael Jordan used to invent disses and slights in order to avenge them — because when you’re as talented, gifted and insanely athletic as Jordan or OBJ, you sometimes need a little extra motivation.

Beckham sees haters and naysayers all over the place, and he is out to prove them all wrong. And there is no doubt that some OBJ doubters are real — and some are cowardly and indirect. He wants to use them as fuel for his fire. See his post from this week.

“All that slick dissing like ya @ button missin” comes from the Pretty Ambitious song “Be direct wit it.” OBJ is saying come “at” me or @ me but don’t dance around me and criticize me on the side. Be, you know, direct with it. Here’s the tune, which begins:

Have y’all ever got slick shots thrown at yall ?
Like really .. why you can’t be direct with it though ?