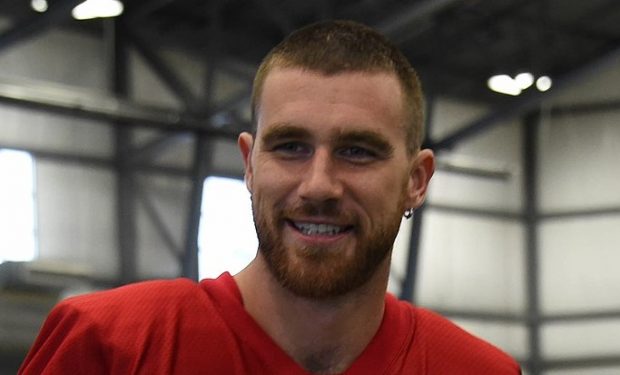 Travis Kelce, the 6’5” 260-lb. tight end playing for the NFL’s Kansas City Chiefs, played three years of college football at the University of Cincinnati before being selected by the Chiefs in the 2013 NFL Draft.

Three years into his NFL career, Kelce starred in his own dating show, Catching Kelce on E!. He dated the “winner,” Maya Benberry, after the show but the couple broke up in 2017.

When not on the field, Kelce now spends time with his gorgeous girlfriend, Kayla Nicole, who looks amazing in string bikini photos and video, see below! “I don’t make the rules,” is what she captioned the backside photo above.

She captioned the video, which is set to the song “Best On Earth” by Russ and BIA, “Are you not entertained?” Her full 360 turn is melting the Internet.

The Kansas City Chiefs (6-4) vs. Los Angeles Chargers (4-6) game will broadcast live from Estadio Azteca in Mexico City on Monday, November 18 at 8 pm on ESPN.