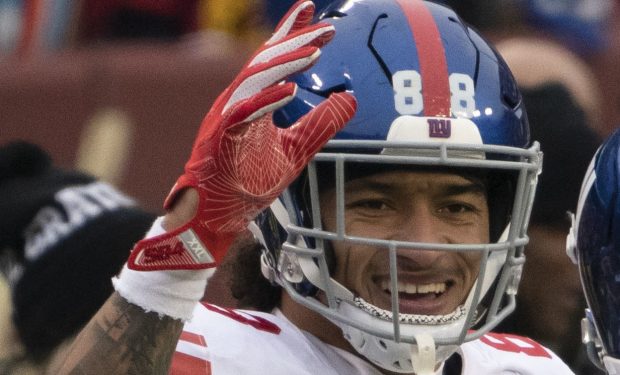 Evan Engram is the 6’3”, 240 lb. NFL tight end on the New York Giants. He played college football at Ole Miss before he was selected by the Giants in the 2017 NFL Draft. In just two seasons, he has managed to grab a number of Giants franchise records including Most Touchdowns in a Season by a Rookie Tight End (6), and First Giants TE with 575+ Receiving Yards Each In His First 2 Seasons.

When not on the field, Engram spends time with his family including his gorgeous, 6’2″ sister Mackenzie Engram. Check out the video above when Kenzie surprises her brother at a game. They haven’t seen each other in four months but you would think it’s been four years! So sweet.

Kenzie played Division I college basketball at Georgia (class of 2018) before playing professional hoops in Israel. (Evan has a tattoo of Kenzie playing for Georgia on his arm, see video below.) P.S. Kenzie also looks amazing in a bikini!

Seeing this video of her brother getting a tattoo of her on his arm had her “speechless.”

The Dallas Cowboys vs. New York Giants game will broadcast live on Monday, November 4 at 8 pm on ESPN.