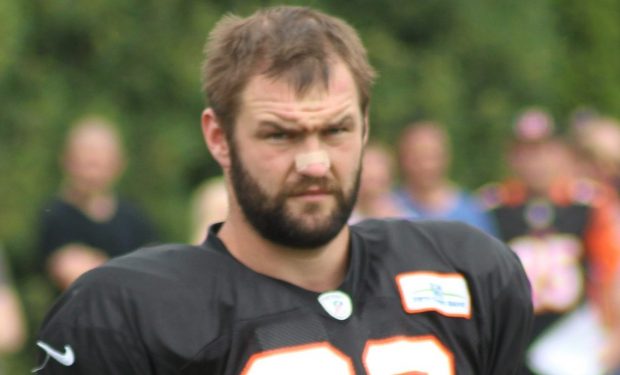 Margus Hunt is one of the tallest players in the NFL. The 6’8”, 295 lb. defensive tackle plays with the Indianapolis Colts. The 32-year-old Estonian-born athlete (he competed in the discus throw and shot put, too) played college football at SMU before he was selected by the Cincinnati Bengals in the 2013 NFL Draft.

When not on the field, Hunt spends time with his gorgeous wife of four years, Heather Hunt, who looks amazing in a bikini… and just eight months after having baby #2, their second son, Haegen!

And look at those legs!