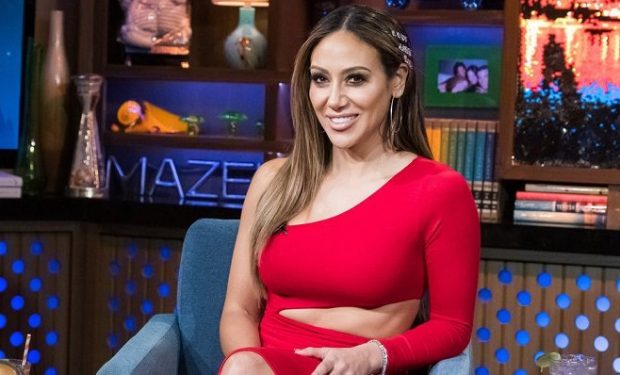 The Season 10 premiere of Real Housewives of New Jersey is titled “Sex, Lies and Video Debates.” The big story, of course, is Teresa Giudice awaiting her husband Joe Giudice’s release from prison. (Spoiler alert: He was eventually deported and returned to his native Italy.)

While Teresa awaits the decision, according to Bravo, “rumors swirl that she is having an affair with a 20 something year old boy toy.”

Jackie Goldschneider isn’t shy with her opinion — she thinks the cheating rumors are true which provokes Teresa and Jackie to “spar.” Expect Teresa’s gorgeous sister-in-law Melissa Gorga to get caught in the crossfire.

It looks like the family drama hasn’t keep Melissa Gorga from rocking several different bikinis! She captioned the bikini pic above: “Always remind them who the HBIC is.” HBIC stands for Head Bitch In Charge.