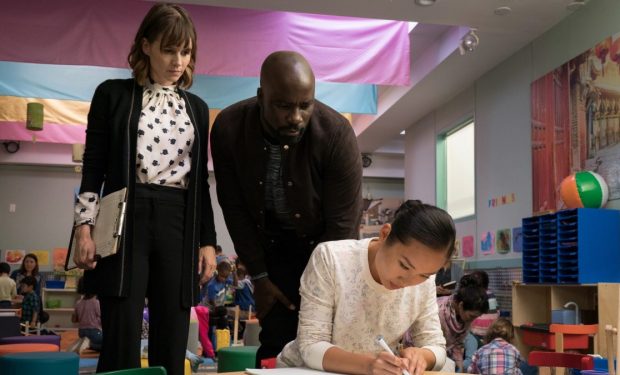 On the Evil episode “Let x = 9” the Catholic Church asks Kristen (Katja Herbers), David (Mike Colter) and Ben (Aasif Mandvi) to assess the veracity of prophetess Grace Ling (Li Jun Li). They’re startled when they see one of her visions come to life, and David struggles with jealousy when he sees God speaking with the prophetess.

You wouldn’t know it from the wardrobe she wears on Evil, but Li Jun Li is in terrific shape as seen in these amazing bikini pics!