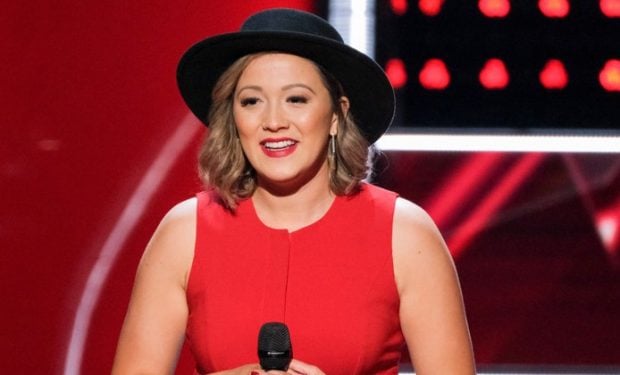 The Knockouts continue on Season 17 of The Voice, and that includes 25-year-old Chicago native Lauren Hall who’s now on Team Blake. (Kelly Clarkson turned her chair when Lauren sang the Adele ballad “One and Only” for her Blind Audition but she chose Hello Sunday during the Battle Round; that’s when Blake Shelton stole Lauren.)

When not performing on stage, the former collegiate soccer player (Ball State University in Indiana) is soaking in the California sun and sometimes flaunting her curves in a cute bikini! And sharing some close-ups pics!

The Voice airs Mondays and Tuesdays at 8 pm on NBC. [BONUS: Stream any NBC show watch LIVE on any device with NBC UNIVERSAL app available here. Download is FREE.]