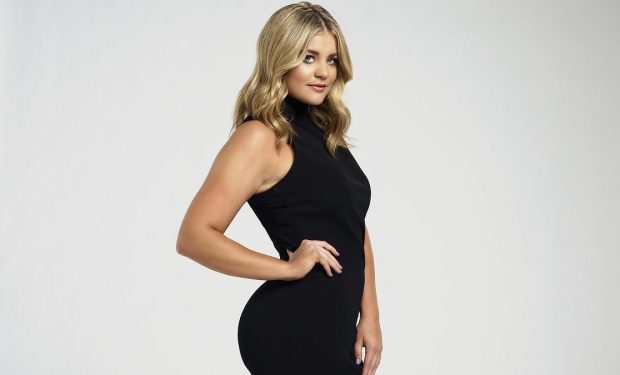 Country music singer Lauren Alaina, 24, is one of the seven celebrity contestants who have made it to Week 8 — the Dance-off Week — on Season 28 of Dancing with the Stars. When not on the dance floor with her pro dancer partner Gleb Savchenko, Alaina spends time with country songwriter/singer Hardy — see their Halloween costumes below.

Alaina is featured on Hardy’s Hixtape album. She and Devon Dawson sing the chorus of Hardy’s song “One Beer” which is about teen pregnancy. The opening lyric is: “17 In A Small Town, Weak Knees In A CVS.”

In the video below, Hardy breaks down the song and his first impression of Alaina in the video below. Hardy says the first time they met, at the Listening Room in Nashville, she was dressed like Winnie-the-Pooh and chugged his pint of Tennessee Honey (not this kind). “But I love that girl. She’s cool. She’s a redneck. I love rednecks.”