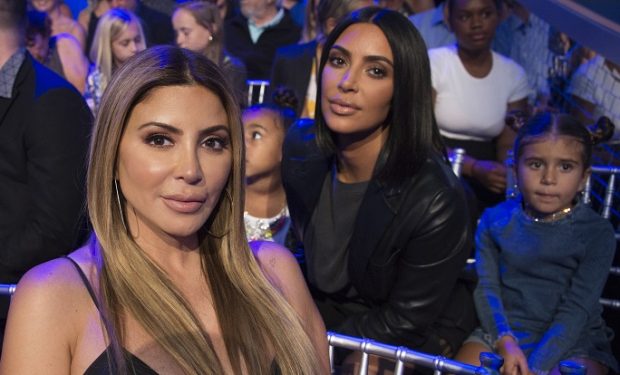 Larsa Pippen with another iconic fashion influencer, Kim Kardashian on DANCING WITH THE STARS: JUNIORS on The ABC Television Network. (ABC/Eric McCandless)

Internet sensation Larsa Pippen looks great in anything, which is part of the reason fans customarily write things like “You’re so beautiful” and “I love you ❤️❤️❤️❤️❤️❤️ ” in her Instagram feed.

But it takes a special kind of fashion influencer to promote a look that’s both unusual and also not exactly a look everybody can pull off. That’s why Larsa Pippen’s amazing skintight unitard has people really talking and thinking. (They also like her Balmain blazer.) But fans are mainly impressed by how Larsa wears everything, especially the unitard.

One of the things fans thinking about, according to the comments, is “GOALS” — as in body goals. Larsa is setting them and hitting them and inspiring her fans.

The NBA legend Scottie Pippen‘s wife can really pull it off.

Of course, she can pull off almost anything. Did we say almost? Forget that, we mean anything! And it runs in the family — Larsa’s little one competed on DANCING WITH THE STARS: JUNIORS on ABC.