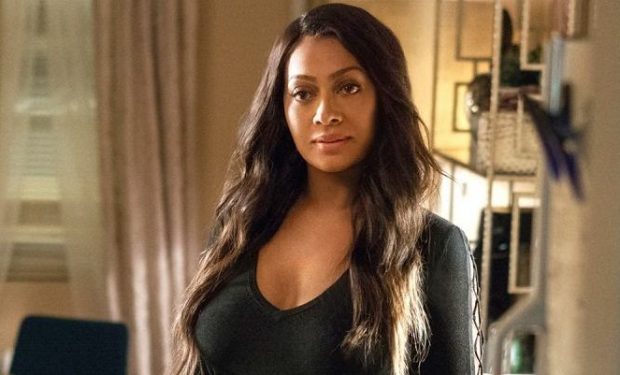 Ciara is hosting the 2019 American Music Awards and is celebrating on Instagram by sharing fun photos and videos of her celebrity friends featured on her new single “Melanin.” That includes City Girls, Oscar-winning actress Lupita Nyong’o (12 Years a Slave), and Power actress La La Anthony.

When La La Anthony, ex of NBA star Carmelo Anthony (father of her 13-year-old son), posted the photo above that flaunts her snatched waist in a pair of skin tight black leather pants with a Moschino belt and over-the-knee red snake-skin boots, many of her celebrity friends applauded the look including Grammy winning singer and Oscar winning actress Jennifer Hudson who wrote, “Well alright !”

Khloe Kardashian, ex-wife of retired NBA player Lamar Odom, left a series of heart eyes emojis and then a series of coffin emojis, too — we guess Anthony is just killing Khloe, so much that she had to react twice!

The 2019 American Music Awards will broadcast live from the Microsoft Theater in Los Angeles on Sunday, November 24 at 8 pm on ABC.