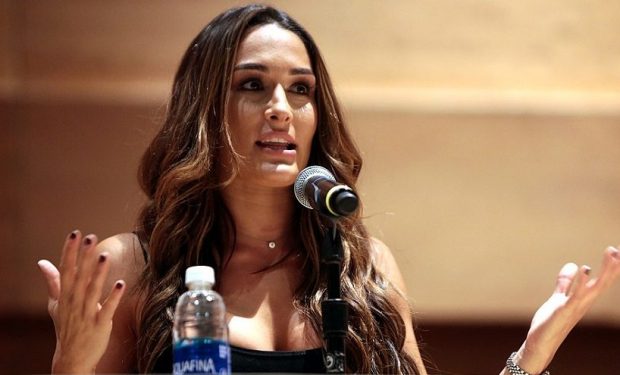 Kevin Hart is back with Cold As Balls, his hilarious interview show that gets celebrities of every sort to talk to Hart while sitting in an ice tub — yes, the title isn’t a metaphor! Season 3 of CAB “has everything” Hart says, and the promo matches the promise.

Hart drops a preview that features plenty to warm up the audience for his chilly show. Ice cold billionaire Mark Cuban holds nothing back about his sometime rival Donald Trump, saying the POTUS is trying to “f%&# the country.” Serious NBA royalty join Hart too, like the classic 1990s New York Knick Charles Oakley, Hall of Famer Dennis Rodman and current OKC Thunder guard Chris Paul — among others.

Hart makes sure to double down with the Bella Twins — Brie and Nikki — who flaunt enviable bare midriffs and bicker enjoyably over their comparative skill sets. “I’m more athletic,” one claims, refuted by “I’m more accomplished.” Hmm, who wins? Hey Erin Andrews and Lolo Jones compete too, for best guest.

But back to the Bellas for a second. Who is more accomplished?