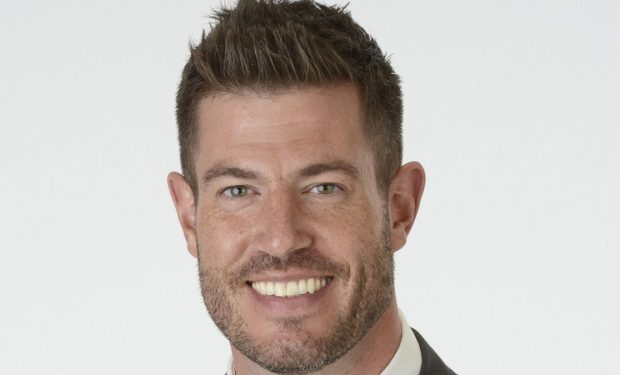 Former NFL football player Jesse Palmer has made a smooth transition off the grid and onto TV. After starring on Season 5 of The Bachelor (he choose Jessica Bowlin although it didn’t work out), he went on to host other Bachelor Nation shows including The Proposal.

When not on TV, Palmer spends time with his gorgeous fiancee (he proposed in July), Brazilian-born model Emely Fardo. The 5’9″ brunette with brown eyes is represented by New York Model Management. And yes, she looks amazing in string bikinis!

In the photo below, Emely is in the red string bikini on the far right!