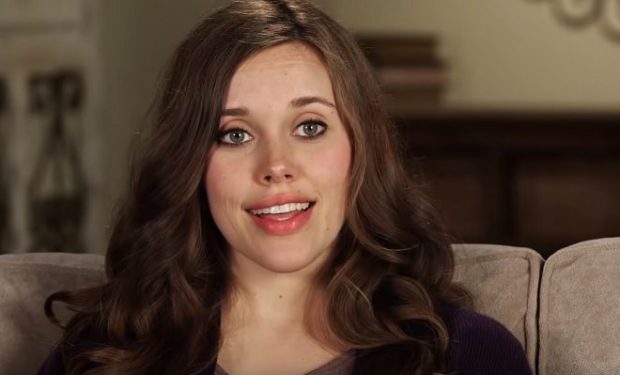 Jessa on Jill and Jessa: Counting On, TLC

In the Jill and Jessa: Counting On episode “Baby Number Two… but Who?”, while Joy and Austin announce that they are expecting their second child, Jessa seeks help from a speech therapist as her son Henry “struggles to learn new words.”

In the video below, Jessa says the 2-year-old isn’t able to talk and communicate what he wants. She explains, “A lot of times, it’s just grunts and pointing, that kind of thing.”

27-year-old Jessa and her husband of five years, Ben Seewald, have three children: 4-year-old Spurgeon, 2-year-old Henry, and 6-month-old daughter Ivy. She says as a mom “it’s easier for me to stress out, like, ‘oh no, he’s delayed, like what’s wrong with him’ and Ben is a little more level-headed. Ben is like, ‘It’ll be okay. We’ll figure it out.'”

When Jessa posted the video above of her working with Henry on “sight words,” some fans were upset that Jessa allowed the other children to watch and laugh and point out his mistakes.

One fan wrote: “That’s great but it’s not nice letting the kids laugh at how he pronounced the words. This will make him nervous and he will not be able to pronounce the words. Great work, and I think you probably explained to the children laughing at Henry.”

Jill and Jessa: Counting On airs Tuesdays at 9 pm on TLC.