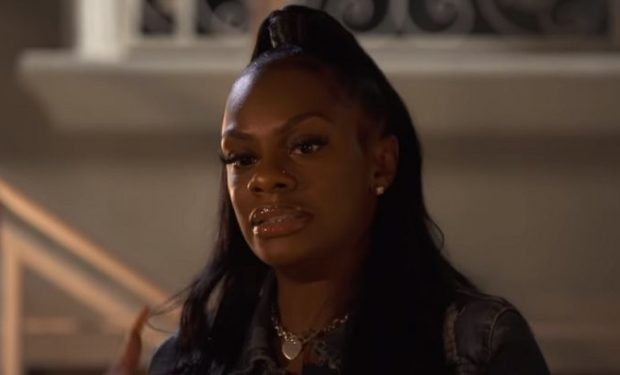 On Season 6 of Love & Hip Hop Hollywood, while K. Michelle (aka Kimberly) works on her first country album, Lil Fizz and Apryl have been feeling the heat from Moniece Slaughter (baby mama of Lil Fizz).

When not filming Love & Hip Hop Hollywood, Jess is either on stage or back stage — and often with celebrities. When she posted the photo above with NBA star James Harden, fans dissected the pic (which she captioned “Big Ass!”) and had a number of things to say especially about Harden’s height.

One wrote: “Damn this picture just made me look up his height and he’s 6’5… i swear he look taller than that lol “and another: “They make that man look small on tv.”

They also had a lot to say about Harden’s tight white pants — “His jeans tighter than yours!”