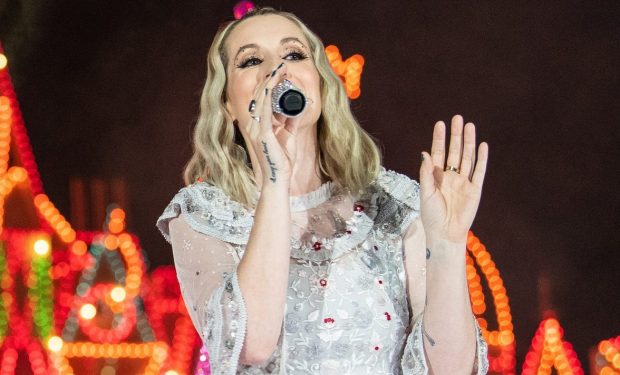 Michaelson often performs while wearing large-frame eyeglasses but she traded in her specs for sparkle for the big Disney TV event — see close-up glam pic above. She’ll be looking Andy right in the eye!

When not on stage or promoting her latest album (her ninth!) Stranger Songs, New York City native Michaelson has been exposing her city (pale) skin in a bikini and looking fabulous.

Michaelson, who made her Broadway debut in 2017 as Sonya in Natasha, Pierre, & the Great Comet of 1812, is currently writing the music and lyrics for a musical adaptation of Nicolas Sparks‘ novel The Notebook (and film starring Ryan Gosling and Rachel McAdams).