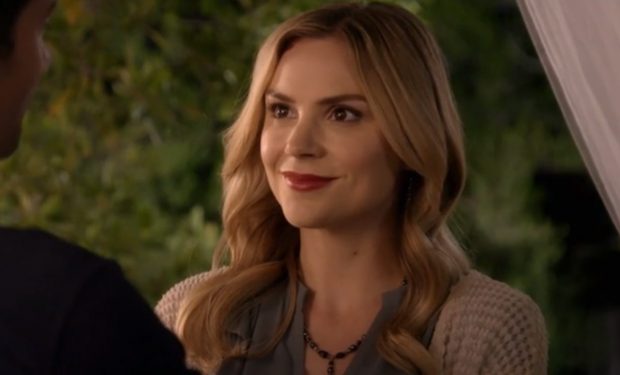 In the Lifetime movie His Secret Marriage (originally title The Husband), Kelsey (Karissa Lee Staples) wakes from a coma after an accident which happened just days after she eloped with David (Matt Cohen). At least, that’s what he told her.

When she comes to, he suggests that they “renew” their vows and continue on their honeymoon trip. To say their marriage started off on the wrong foot is an understatement. [More Lifetime movies streaming are always available.]

When not on a TV or movie set, Karissa Lee Staples (who’s best known for her role as Victoria in What’s Up Warthogs!) enjoys her downtime — and sometimes in a string bikini. When she posted the breathtaking photo above, fellow actress Cindy Busby wrote “Have mercy!”, and Britt Underwood wrote: “Ummmm are you kidding me?! So hot!!”

She keeps in shape by running!

His Secret Marriage premieres on Lifetime on Friday, November 22 at 8 pm.