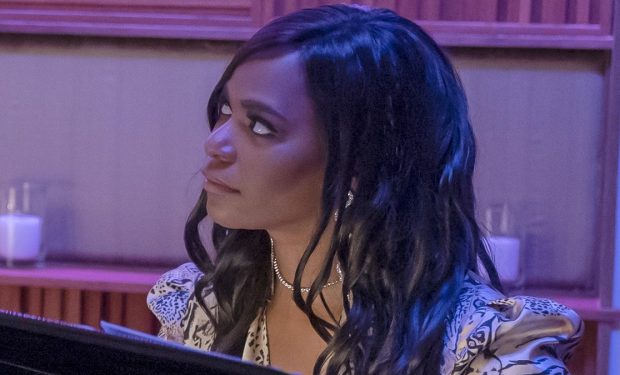 On the Empire episode “Do You Remember Me,” while Lucious (Terrence Howard) spends the day with Yana (Kiandra Richardson) and Andre (Trai Byers) does everything in his power to convince a reluctant artist (Barton Fitzpatrick) to sign with Empire, Cookie (Taraji P. Henson) continues to take her first steps back into music. On her journey, she discovers Melody Barnes (Alexandra Grey), an artist who Lucious dismissed years ago.

When not on a TV or movie set, Alexandra Grey, who is also known for her role as Elizah Parks, a young trans woman on Transparent, often flaunts her curves on Instagram. Grey captioned the selfie above: “Can I just try and show a lil skin for once lol.”

She captioned the photo above: “Issa Leg!!! Caught slippin.”

Empire airs Tuesdays at 9 pm on FOX, right after the medical drama The Resident at 8 pm.