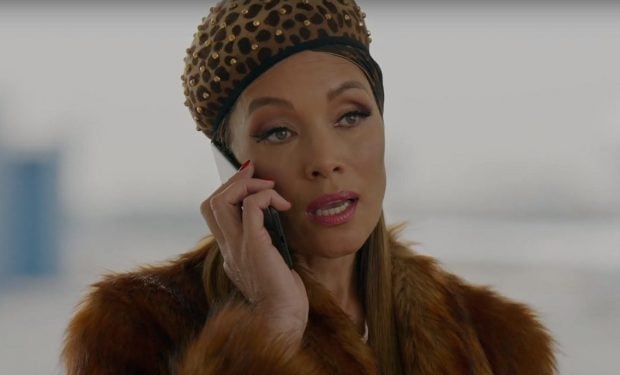 On the Dynasty episode “Give Thanks,” while Blake (Grant Show) prepares the family to celebrate what could be his last Thanksgiving, his daughter Fallon (Liz Gillies) continues to focus on her new project while Culhane (Robert Christopher Riley) pushes Blake’s half-sister Dominique Deveraux (Michael Michele) to disclose important information.

When not filming Dynasty, the gorgeous 53-year-old Michael Michele (ER, Homicide: Life on the Street) spends time on the beach in bikinis, revealing her “legs longer than a mile” as one fan commented on the photo above.

She titled the bikini pic above: “My ‘I hope it’s not thirsty’ pic.”