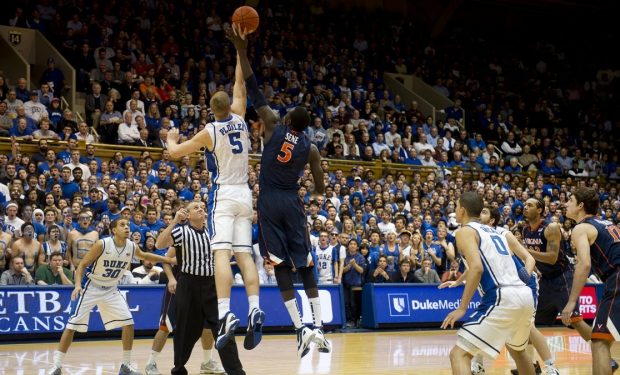 Jack White is the 6’7” senior playing forward for Coach K and the Duke Blue Devils basketball team. The Australian won the bronze medal with Team Australia at the World University Games this summer before being selected as a team captain for Duke for the second year. His co-captains are Javin DeLaurier and Tre Jones.

When not on the court, 22-year-old White spends time with his gorgeous American girlfriend Alexandra Cox, a native of Boston who’s on the Track & Field team (Sprints) at Elon University. As she says herself in one of the captions: “spicy mami, hot tamale.”

The Kansas vs. Duke State Farm Champions Classic game will broadcast live from Madison Square Garden on Tuesday, November 5 at 7 pm on ESPN.