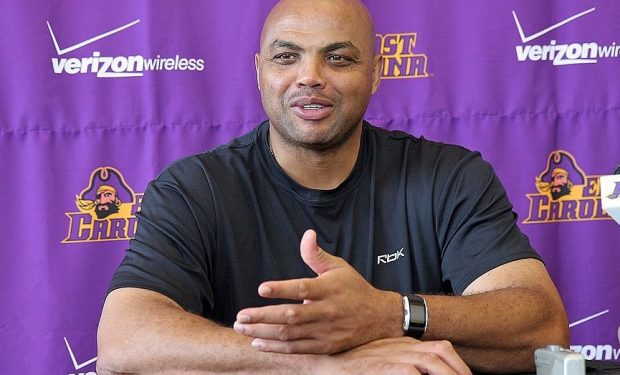 A while back on Dan Patrick’s ESPN show the basketball analyst and Hall of Fame forward Charles Barkley took umbrage at the suggestion that Candace Parker could beat him in a one-on-one basketball game. Parker, an accomplished player many years Barkley’s junior, had him on her own podcast (with Kristen Ledlow) this week, where she took up the statement and made it personal.

Barkley – who had told Patrick that no woman could “beat me in a sport” — stuttered in response to Parker’s challenge, but accepted, saying he’d play against Parker in Chicago for charity.

Barkley was teased about his claims of superiority by his TNT studio mates too. Barkley answered Kenny Smith by trying to deflect the subject, saying the Parker/Ledlow show was the “best-looking podcast he’d ever seen.”

He caught heat for that, too, with his pals pointing out you don’t “see” a podcast. Shaquille O’Neal added, “you big dummy.” In case no one heard him, he said it again: “you big dummy.”