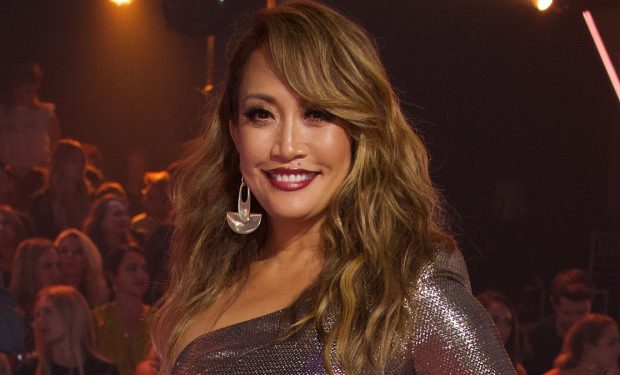 The five remaining celebrity and professional dancer couples on Season 28 of Dancing with the Stars return to the ballroom to compete on the tenth week of the competition. Ally Brooke, Lauren Alaina, Kel Mitchell, Hannah Brown and James Van Der Beek are the remaining five celebs.

But only one of them was smart enough to leave a compliment when judge Carrie Ann Inaba posted the seductive photo below. Ally wrote: “Stunning as always!!!! ❤️”

James Van Der Beek’s partner, Emma Slater wrote: “Wooooow! Amazing shot! And I need to know where these shoes are from!!!!” Even last year’s DWTS winner, Bobby Bones, chimed in: “Great shot.” Dancing with the Stars airs Mondays at 8 pm on ABC.