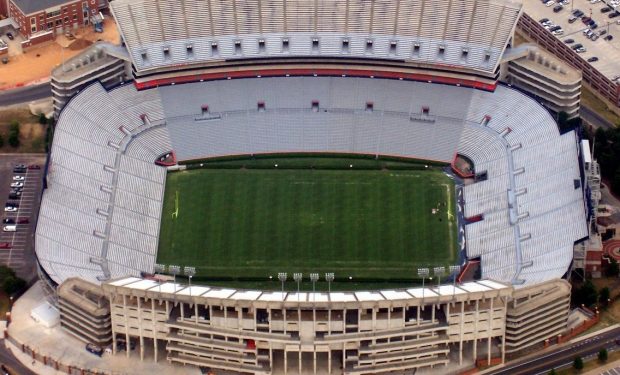 Arryn Siposs is the 26-year-old punter playing NCAA college football for the Auburn Tigers. The 6’2″, 212 lb. athlete was a professional Australian footballer who played for the St Kilda Football Club in the Australian Football League (AFL) before he “switched codes” to play American football at Auburn in 2018.

When not playing football, Siposs spends time with his Aussie wife Rachael (nee Green) Siposs, who looks great in a bikini on the beach!

The couple married in Spring 2018 in Australia before moving to the U.S. Rachael revealed that her husbands goal is to make the NFL. She said: “…so hopefully, we can stay here for a little bit longer than just the college time.”

The Mississippi (3-5) vs Auburn (6-2) game will broadcast live from Jordan-Hard Stadium on Saturday, November 2 at 7 pm on ESPN.