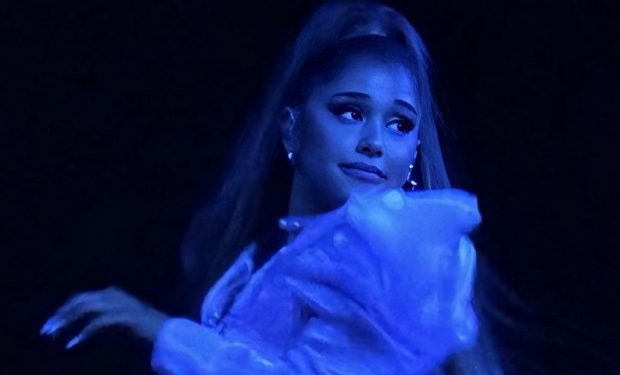 Trimmed-down presidential candidate and working class spirit hero Bernie Sanders hit the Ariana Grande show — and the smile on his face is the most beaming on record. Sanders, known for his gruff attacks on inequality and on the one percent, looks radiantly gleeful next to bona fide one-percenter Ariana. Check it out!

And then when you swipe — that hug! Ariana’s young fans were on board with the pair. “I love this so much!!!! thank you for leveraging your platform toward liberation!” wrote one.

Sanders himself responded: “Thank you Ariana Grande for not only being a wonderful entertainer, but also for being such an outstanding advocate for social justice.”

Grande had written with her post: “MY GUY. thank you Senator Sanders for coming to my show, making my whole night and for all that you stand for !!! @headcountorg and i are doing our best to make you proud. i’m so proud of my fans for paying attention and getting involved. we adore you!

But it wasn’t just Bernie Sanders whose smile reached for the stars. Ariana wrote: “also… i will never smile this hard again.”