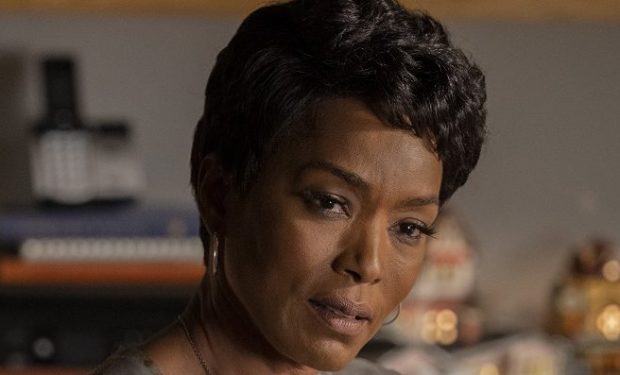 In the 9-1-1 episode “Fallout,” the 118 responds responds to debris from a meteor shower crashing into an apartment building and a deadly fire caused by a hazardous waste truck crash inside a tunnel.

When not filming 9-1-1, Angela Bassett, 61, is looking fierce on a red carpet. Most recently, she rocked a black leather jumpsuit by Simona Corsellini to celebrate the 100th episode of American Horror Story.

The photo has fans drooling and leaving comments like “Aging in reverse” and “fine as wine” among other compliments.

9-1-1 airs Mondays at 8 pm on FOX, right before Prodigal Son at 9 pm. [BONUS: Stream any FOX show through the FOX NOW: Live & On Demand app here. Download is FREE.]