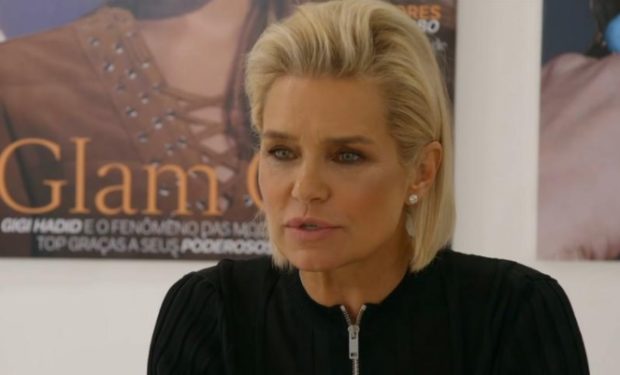 Former Real Housewives of Beverly Hills star Yolanda Hadid (ex-wife of David Foster) looks better than ever. The 55-year-old former supermodel, and mother of supermodels Bella, Gigi and Anwar Hadid, recently shared pics of her running on a beach in Holland with a cute puppy named Snow. With her blond hair in braids, Yolanda looks like a modern version of Bo Derek in Blake Edwards’ sexy comedy, 10.

The Dutch-born beauty who starred in her own reality TV show, Making a Model with Yolanda Hadid, looks so amazing some fans suspect the photos have been edited. One comment reads: “I can’t understand why you have edited these images? Under your arms, your waistline. To say I am disappointed is an understatement.” Another thinks her face is “a blur too.”

Don’t listen to them, Yolanda — you look as happy and healthy as ever!